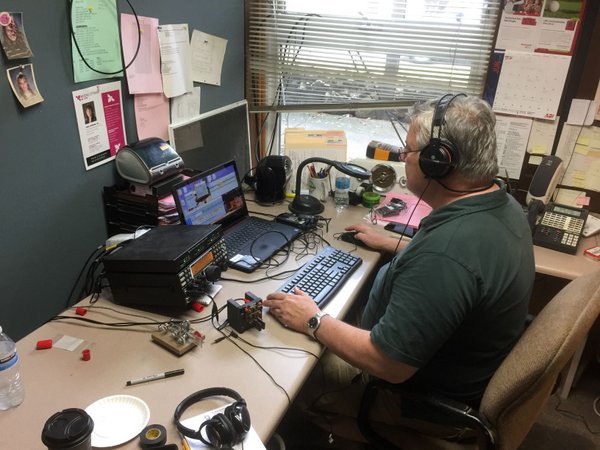 Our Metro DX Philosophy We believe that DX is one of the strands of fabric that bind together Ham Radio operators throughout the world. It is our goal to continually work to strengthen this fabric. The Metro DX Club History The Metro DX Club is proud to use the callsign W9TY that originally belonged to one of our members, Mr. Bill DeGeer, for the Bill DeGeer Memorial Station. Our club was founded in 1979 and has seen many changes over the years. One thing, however, has remained constant - our love of DX. Several of our club members have participated in major DXpeditions in recent years. Those include HKØNA Malpelo, T31A Central Kiribati, VP8ORK South Orkney, YI9PSE Iraq, BS7H Scarborough Reef, XT2C Burkina Faso, 3YØX Peter I, K5D Desecheo,  Ducie,  Heard, Chatham, Swain's (both before and after DXCC credit was granted), K9W (Wake Island) in 2013, FT5ZM-Amsterdam Island and K1N-Navassa Island plus other less exotic trips to V6, PJ4, V2, HH, HI, HR, T7, 4U, P4, 9Y4, FP, FS, etc. WB9Z, a Metro DX Club member, was on the 2016 team that activated Palmyra Island (KH5) as K5P. Also, one of our members, K9AJ, is very active in the IOTA program and enjoys activating remote islands such as Rennell Island, CE8A, Arctic islands and four previously unactivated islands in Eastern Kiribati, T32. K9AJ was part of the team that activated South Sandwich as VP8STI and South Georgia as VP8SGI in 2016. In addition, we have participated in Field Day for many years as well as various contesting efforts. We have activated six special event stations, the first celebrating the club's 25th anniversary, the second celebrating the club's 30th anniversary using the special callsign W9M and a third celebrating the 35th anniversary of the club in 2014 when we proudly used our club call of W9TY. In February 2016 we commemorated the Diamond Mine Disaster of 1883 in Grundy County, Illinois. In November 2016 we remembered the 100th birth date of broadcasting icon Walter Cronkite using the special W9C call and in  October 2017 we celebrated the first anniversary of the Chicago Cubs 2016 World Series triumph, again using W9C. In 2018 W9C again was on the air for a Special Event station honoring the Illinois Bicentennial celebration. Watch for W9C again in June 2020 to commemorate the Crescent City Fireball. We respond to QSL requests either direct, through LoTW or via the W9 QSL Bureau. We sponsor two awards: The W.U.S.T. Award for working at least 13 of the 15 U.S. Territories and the Metro Gold Certificate. A special "SPECIAL HISTORIC" W.U.S.T. Award is available if your confirmations include Kingman Reef (KH5K deleted from DXCC on 01 April 2016). The Metro DX Club is committed to the DX community and tries, as much as possible, to make monetary donations to major DXpeditions.